This post, unfortunately, is going to reveal a lot of private practices in a men’s loo. So apologies, women folk, this may be shocking to some of you! I always wondered why medicines carried the ‘shake well before use’ instruction! This line has a very different connotation in a man’s life. Men, wherever in the world, when at the urinals and relieving themselves have imbibed the involuntary habit to unzip, piss, shake ( to dry or shake till dry) and shut! Almost the reverse of the instruction medicine bottles carry on them-Shake well after use! Men of various capacities (and lengths) do the third step rather elaborately at times leaning towards ‘flaunting’ their possessions! To the untrained, it may be educative but for the rest, it can be annoying.

These illustrations are about a dad’s anxiety of the child not getting the vital 3rd step right. The location is the Istanbul airport restroom. The little one was well trained to unzip, shoot at various angles and zip back. But always missed the ‘shake’ step! Father was stressfully narrating the previous episode to his co-traveller where the child wet his pants because of not practicing the ‘shake and dry’ process well. As he was going on about it, the kid finished his job and was about to shut shop, yet again forgetting the ever important third step. The very next moment, the drastic unexpected step took place. The dad lifted the kid up and start shaking the child to dry him! This is no exaggeration. The elaborate shake and dry process went on 5 seconds but it seemed to me like time stretched 20 seconds as I was struggling to dodge the incoming droplets from the ‘shake’ while keeping my aim right.

The establishment shot. Kid is a pro, dad is concerned, friend is getting into the plot 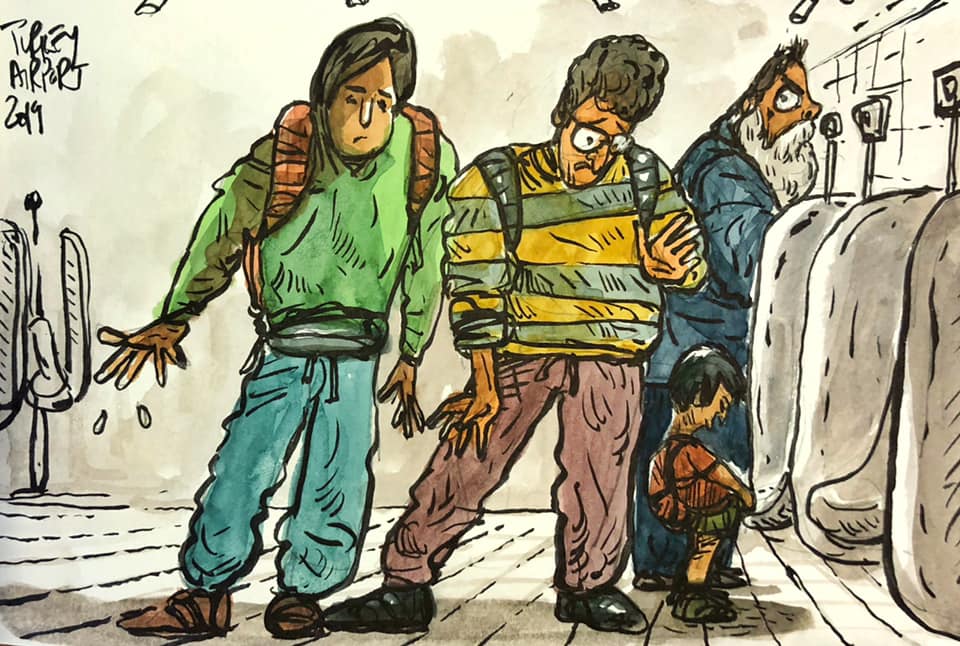 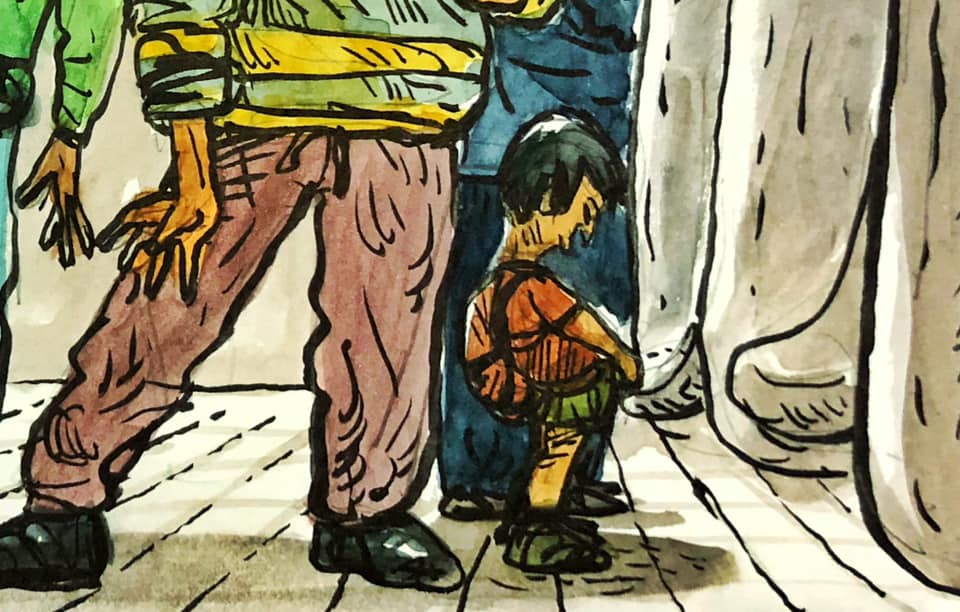 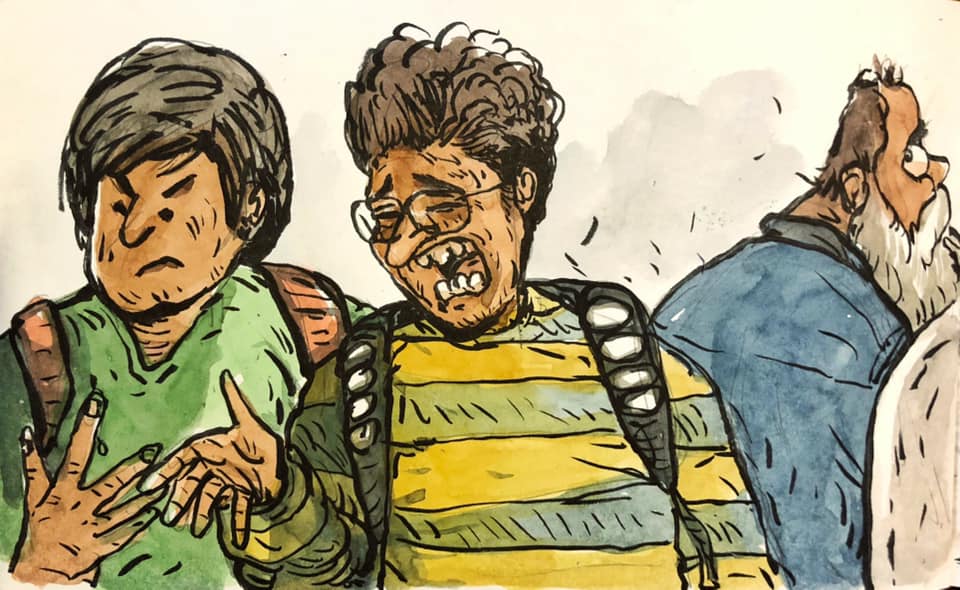 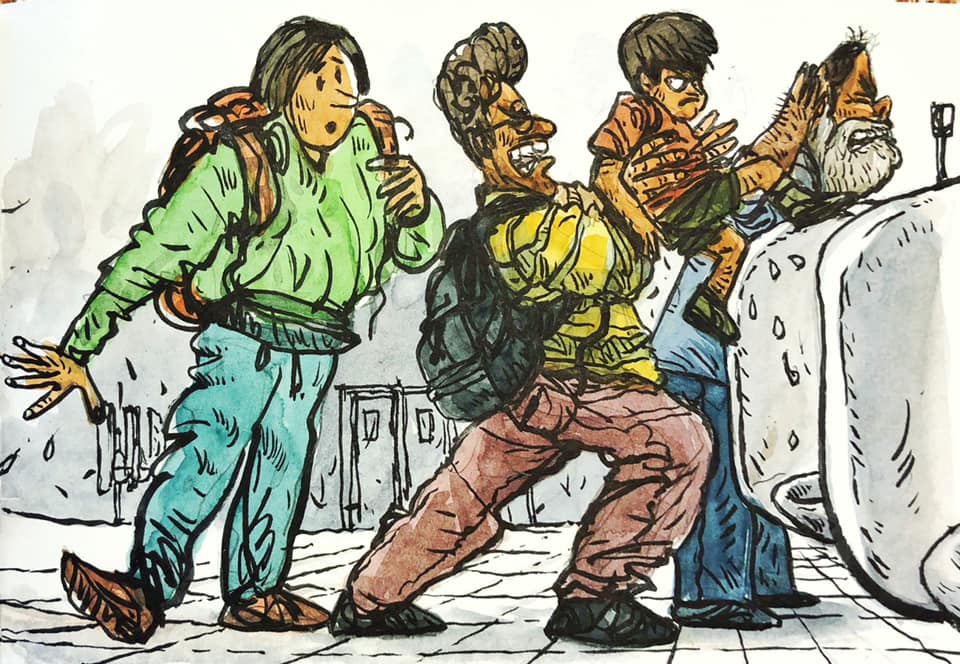 The kid is shaken, so are the rest.. 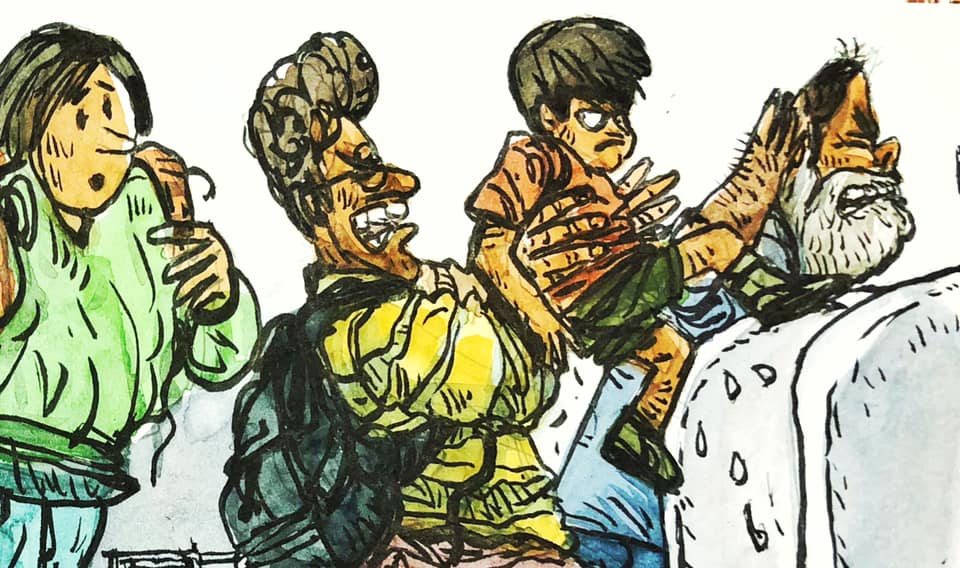