The Passing Of Gireesan The Elephant, A Giant Of My Childhood

A story of friendship, love, and understanding between man and beast.

Gireesan was my first muse, the subject of my first drawing. I was only six then, and he was the official elephant (gajaraja) of Sri Poornathrayeesan (the deity at the temple). I remember sketching him over and over again, trying to imagine him correctly. Somehow, I could never get the scale of his body and the magnanimity of his presence quite right. 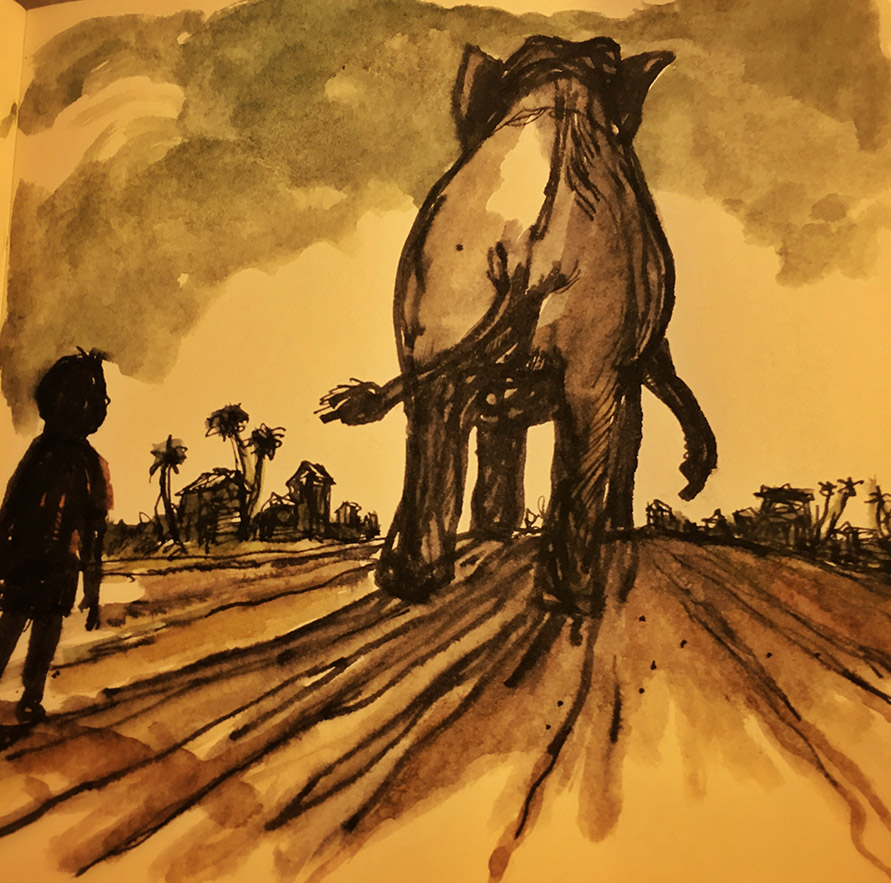 Gireesan the subject of my first drawing.

I grew up hearing legendary stories, about his peculiar habits and his unique looks. Apparently, Gireesan used to only obey orders from Panicker, his favorite paappan (mahout in Malayalam).

One day, in particular, stands out in my memory. There was a lot of chatter around the house about Gireesan. Apparently, at bath time, another mahout had shouted or poked at the majestic elephant. Gireeshan lost his temper and turned to thrust his tusks at his aggressor.

They say anger is the second stage of grief, after denial. Elephants, apparently, skip the denial stage that we humans experience. Upon realising the nature of his transgression, Gireesan went on a rampage. Regular pujas at the temple were disrupted for the next three days. No visitors could enter the temple for fear of encountering the angry elephant, roaming free.

Interestingly, Gireesan would apparently allow the priests to do their daily chores without any problems. His anger was solely directed at the new set of Mahouts who had come to replace Panicker, who was being let go because of allegations that he was an excessive drinker.

On the fourth day, Panicker had to be brought to the temple premises in an ambulance. Gireesan came running towards him, and stood next to his stretcher like a guilty child, with tears flowing down his face. Panicker told him softly: ‘Son, please calm down, and allow them to chain you for my sake.’ The words worked like magic. Quietly, the mighty elephant let his new mahouts chain him.

I should reiterate that this was a story I heard at home. I wasn’t there. It’s possible that the retelling that was shared with me was overdramatized. But I refuse to believe so. 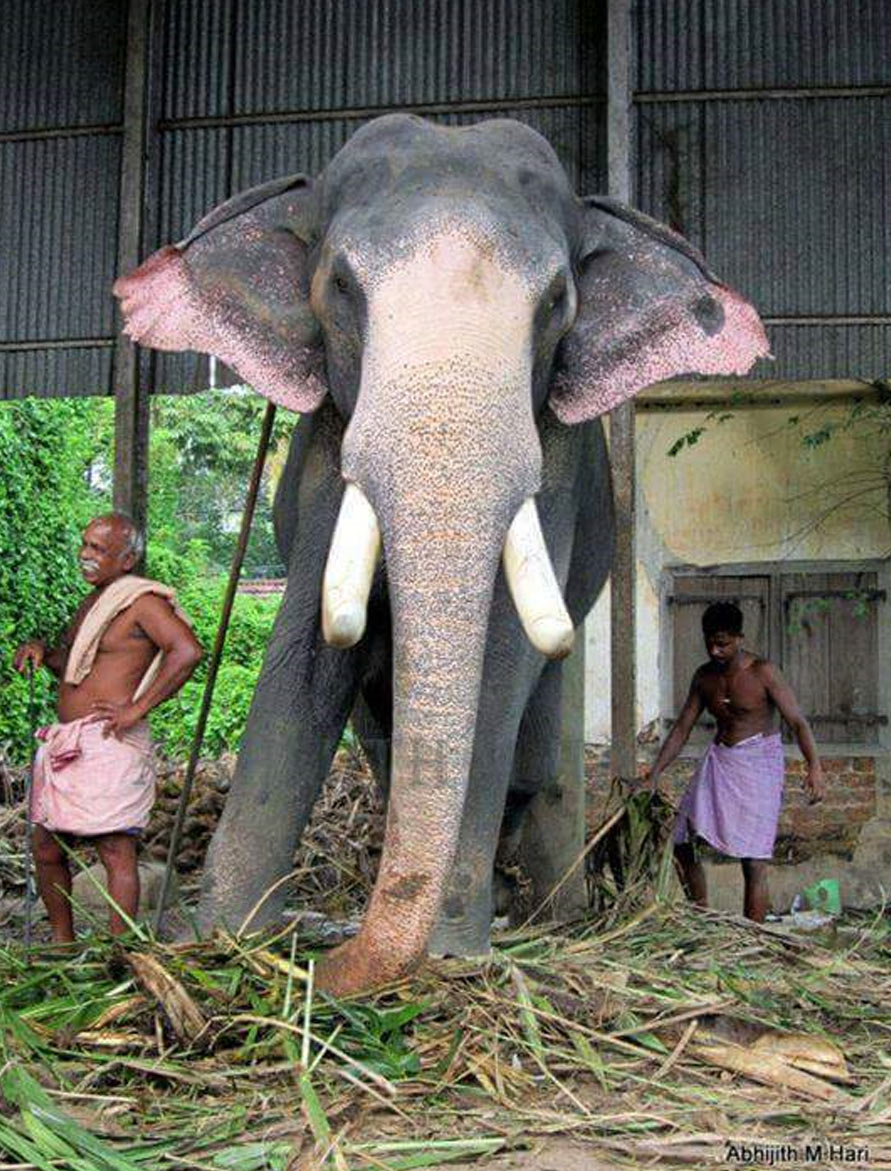 I saw, with my own eyes, how tenderly Panicker cared for his elephant. He spent more hours with Gireesan than his own family, and grew remarkably intimate with his giant friend. Gireesan could understand every word, thought, and emotion in Panicker’s mind.

Panicker used to get drunk every evening; invariably he would pass out. Whenever he did, Gireesan would take him home. Gireesan would then wait outside Panicker’s house until he woke up the following morning. The incredibly powerful, tremendously intelligent beast would have his first feed of the day only from Panicker’s hands.

Strangely, my father’s surname is also Panicker. Perhaps I felt so connected to the mahout because my young mind saw him as another father figure. A boy is always looking for men to admire.

Gireesan all decked up in traditional attire.

During those days, Gireesan would come home several times a month to eat bananas from my mother’s hands. He looked so regal. I remember him coming to our house, accompanied by huge fanfare, and followed by throngs of admirers as part of ‘Para Utsavam.’

Today, Gireesan is no more. I am hugely pained to see him lying still, bereft of any glory and celebration. When he used to walk through our streets in Tripunithura, 30 years ago, we would drop whatever we were doing and run to him. The very sight of this wonderful elephant was enough to fill our hearts with joy and wonder. And the sounds, too – the rhythm of his chains clanking against the road as he walked past our homes.

Gireesan, you were an inspiration. Rest in peace. 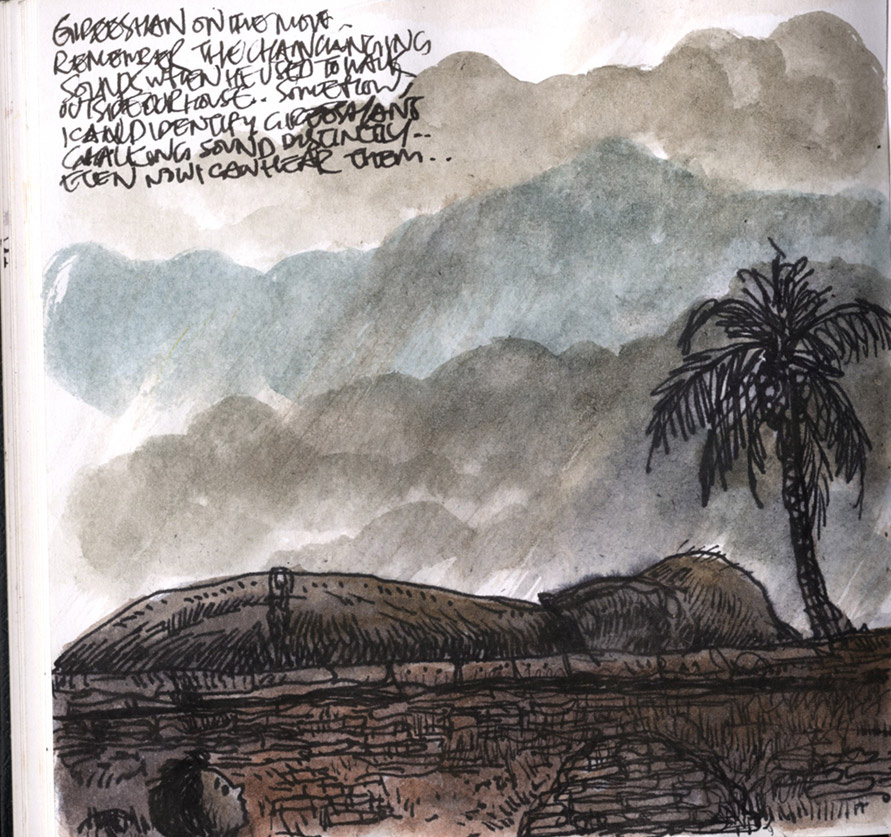 Even now the author can hear Gireesan’s chain clanging sounds.

Tokri - Behind The Scenes: Production Design