Colours, drawing were a few of the things that Immanuel Suresh taught me as my teacher. As a person, he was someone who was way too compassionate. Last July he invited me to give a keynote talk to the students of Nirma University where he was teaching. It was heartwarming to hear his voice over the phone after a really long time .. he sounded just the same as he did almost 20 years ago. I agreed and reached the campus the evening before the day of my talk. He kept checking if I reached properly without any troubles like how he used to check periodically when we were sick and confined to our hostel rooms. He was our hostel warden then. Next morning he came to pick me up from the guest house where I was put up. With an elder-brotherly sternness, he insisted I walk with him to the canteen to have a coffee while the awkward staff assisting me were about to arrange a car for me. But Suresh laughed and intervened saying that I need to walk because of the way I am putting on weight. Though in the garb of humour, he sounded concerned. As he walked with me, he spoke about his personal side of the story, about his health, wellbeing and he was beaming as usual. I was panting by the time I reached the canteen and he laughed at me and told the students who were accompanying us that only he had the liberty to make me walk like this. He came all the way to the guest house early in the morning to make me do that tiny bit of exercise. Further, he asked some students to take a photo of both of us on his camera (not phone) while we had coffee as he wanted to keep that one for the memory and he said he will send me… unfortunately he never sent me those photos.. and I never thought it will be the last time I would be meeting him so I never reminded him.. on a parting note when I was heading to the airport, he cautioned me to exercise daily as my occupational hazard of sitting for long hours could take a toll on me.. a gentle soul with such generous love and warmth.. rest in peace Suresh. It is not going to be easy for us to accept the fact that you’re no more amongst us. 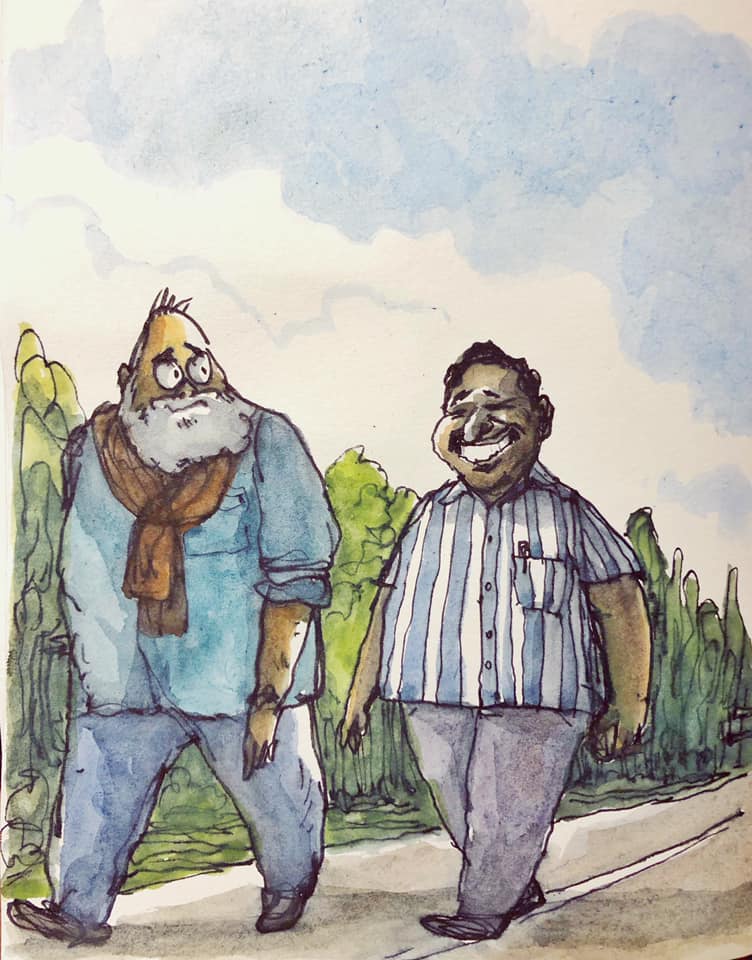