This happened a month ago but it is still very clear in my memory. I was waiting at the lobby of the Taj Delhi for a meeting when this 6’ 3” gigantic Sardarji with a tough body and chest size far wider than 56” strode in. He walked very purposefully ignoring the twin gun salutes that the thick curly moustached burly guardsmen at the main door dedicated in his honour, to finally reach the couch. Finding that his appointment hasn’t arrived, he took a majestic stroll around the lobby. I kept looking at him in admiration. The man looked like a veteran wrestler who used to be a complete power-packed champ in his heydays. Then came the moment that gave this story a whole new twist! While checking out various artefacts like a seasoned connoisseur, he reached the large flower arrangement near the small marble square at the lobby. I thought he was checking out the expensive Chinese vase in which the flower was kept. Next moment I saw him looking here and there rather sheepishly. Quickly he pulled out his iPhone 7++ like a gun and took a selfie against the flowers with the sweetest of smiles that shattered all my ‘build up’ till then of him. He quickly shoved the phone back into his pocket, checked out if anyone caught him in the selfie act and walked away like a lion to his throne! 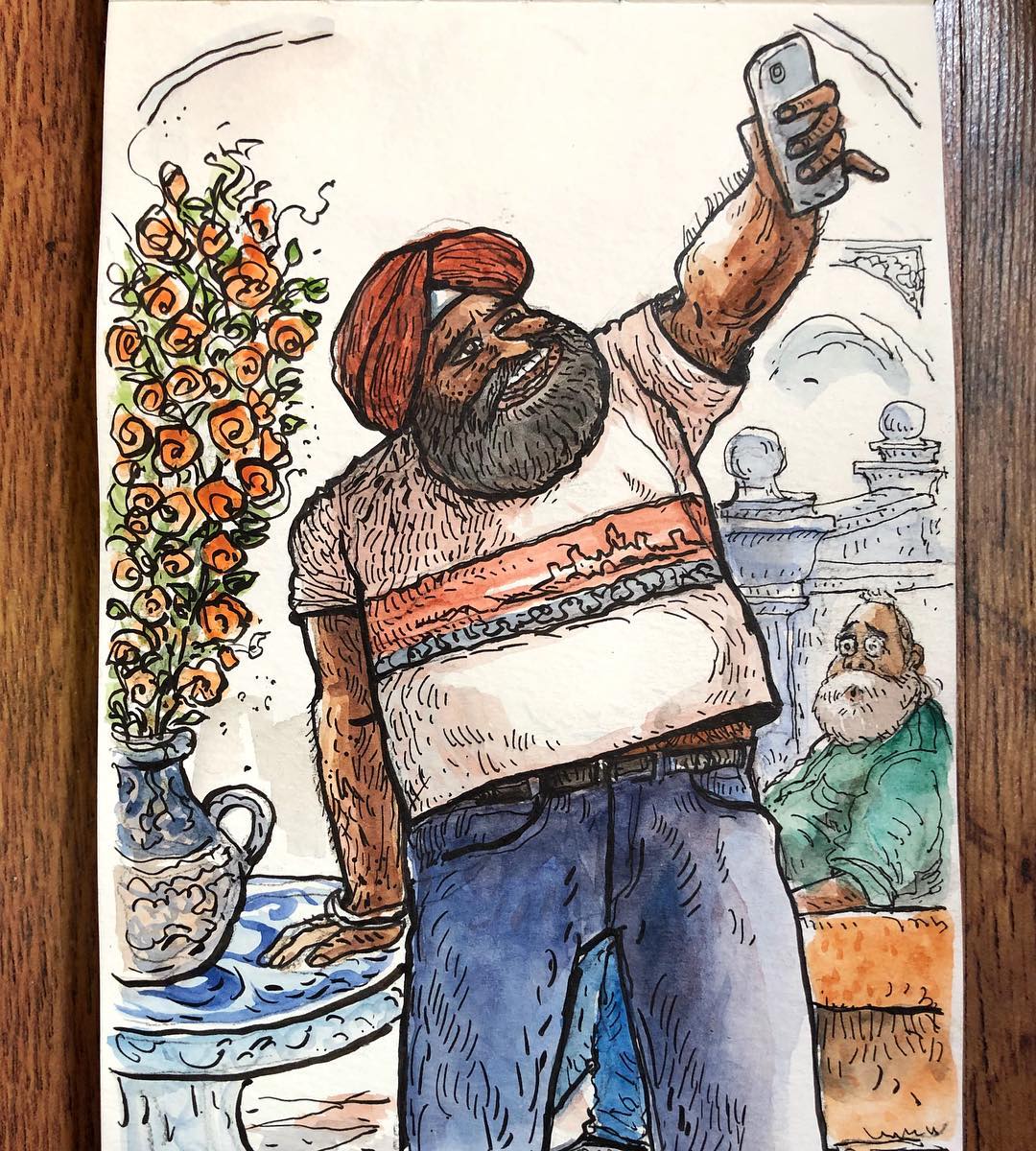