On my way to Matsumoto in May, we stopped at a quaint little sleepy town where I saw this poor old farmer under a shed. He was struggling to load some rice husks into a basket to carry it home. No one around to help him. His cycle was standing close by, I noticed. His wrinkled hands managed to pick up the heavy basket and before he could take a step further, he kept it on a stool nearby and stretched himself. I looked at his face. Tired and pale, he was at least 85 years old. Having only heard the stories of farmers ending their lives in their 40s and 50s in our country, I was quite taken aback to see one as old as him alive. And that too still functional! The shed looked very much like the shelters near the bus stops in our villages. I felt very nostalgic seeing that. Such similarities in our culture, I wondered. I sympathised a lot with the poor old lonely farmer and felt I should do something to help him. Maybe offer him a lift or something else. It is sad one has to work so hard to survive… I confirmed my decision to help him. Somewhere I felt proud of the fact that I was going to offer the farmer some significant help and imagined how he would feel surprised and grateful to see a large-hearted Indian!! Slowly walked to the other side of the shed to give him a surprise. What I saw from the other side was something crazy and I froze!! The dilapidated looking shed was a high tech solar panel roof which powered the irrigation and power to the old Man’s farm!!! The simple system that connected to the tiny pump that was pumping water into small pipes that were running through the farm with occasional sprinklers sticking their heads above the level of the crop. The old farmer was doing so well and he was absolutely self-sufficient! I felt very cheated! I even got a bit angry at the farmer for playing on with his poverty and fragile act. As the man lifted the basket and loaded it on the cycle, he noticed me and smiled at me, then swiftly sat on the cycle and sped away!! Was he mocking me or did he read my stupid mind?! Just then at a distance, I saw a bullet train speeding past!! What a sight! The icon of technological innovation merging seamlessly with the natural surroundings… And I realised how brilliantly Japan had cracked the fine balance between technology, development and life! Like I saw just one side of the farmer’s story, possibly even our country heads too saw only one side of the Japanese story. The Bullet one! The mindless urbanisation of our very own self sustained villages called ‘development’!

The long shot of the farmer under the shed. 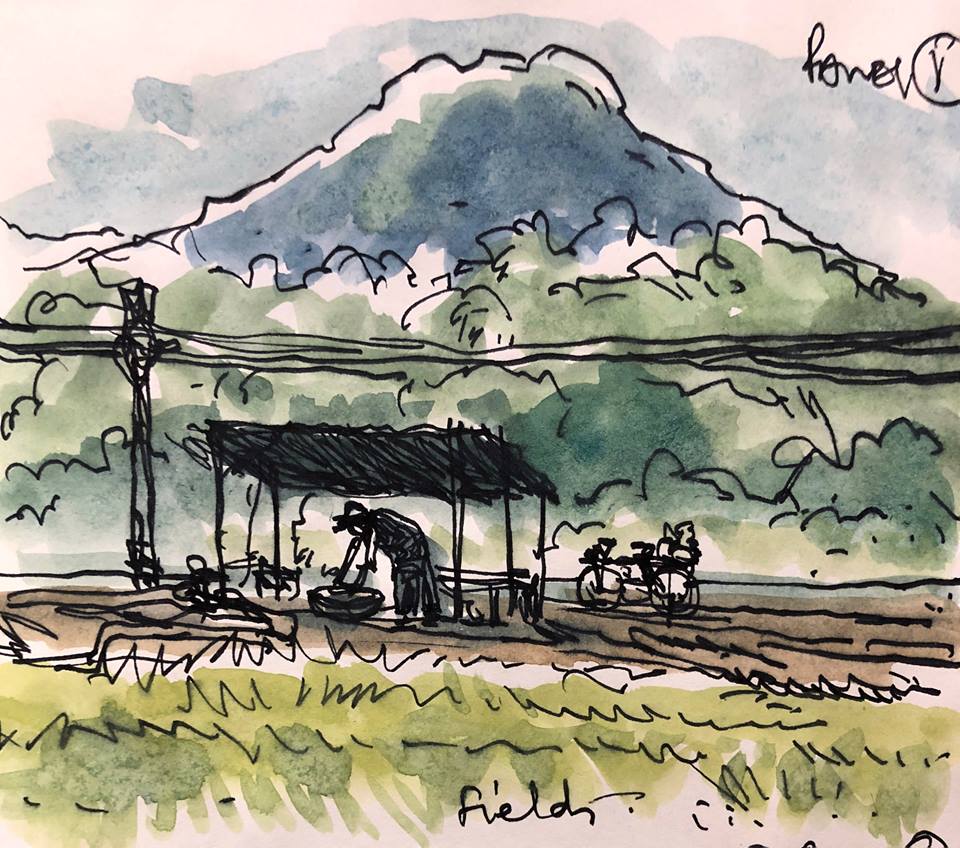 The struggle of a lonely old farmer the ends meet..

The deceiving sight of the poor old farmer!!! 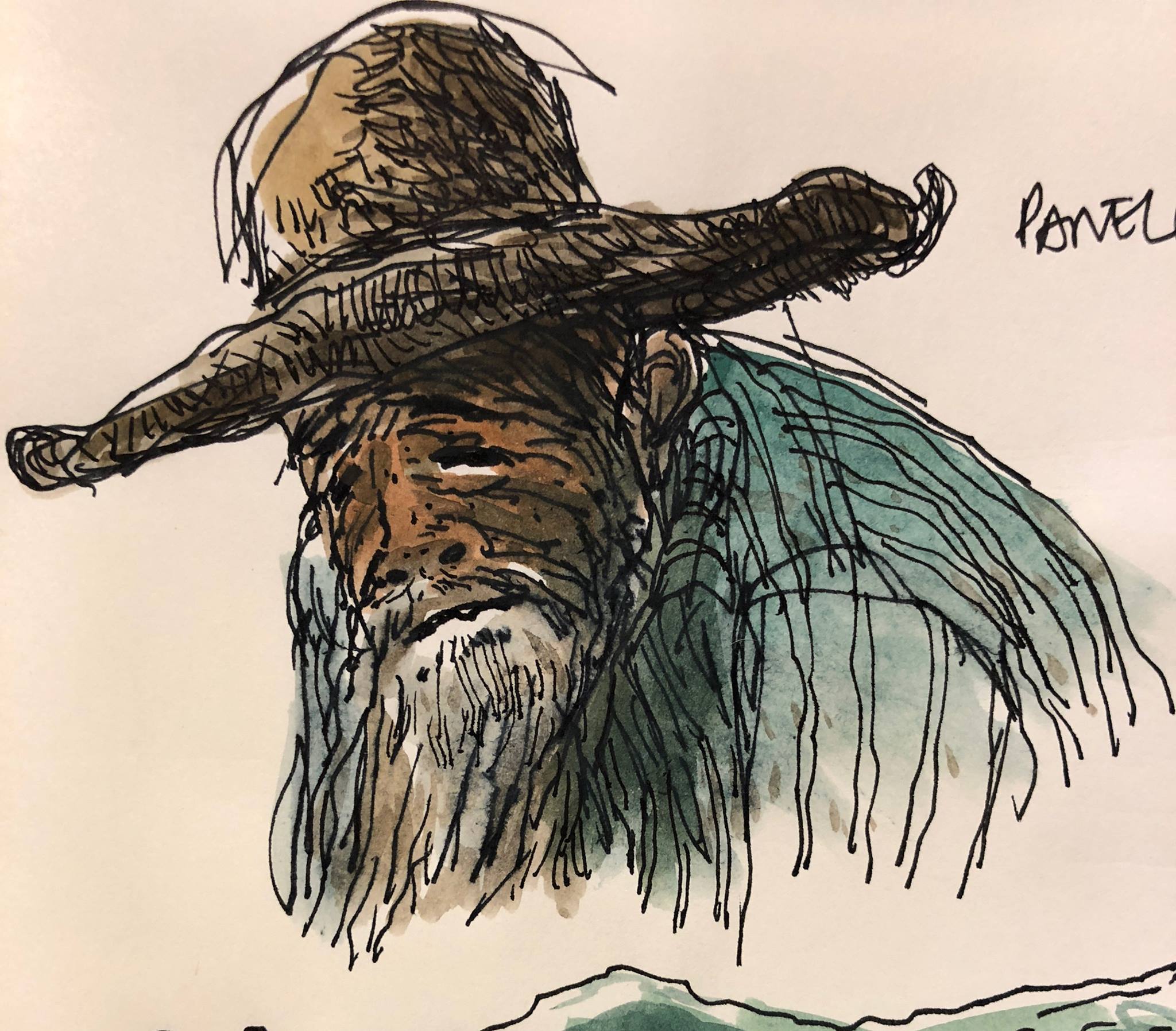 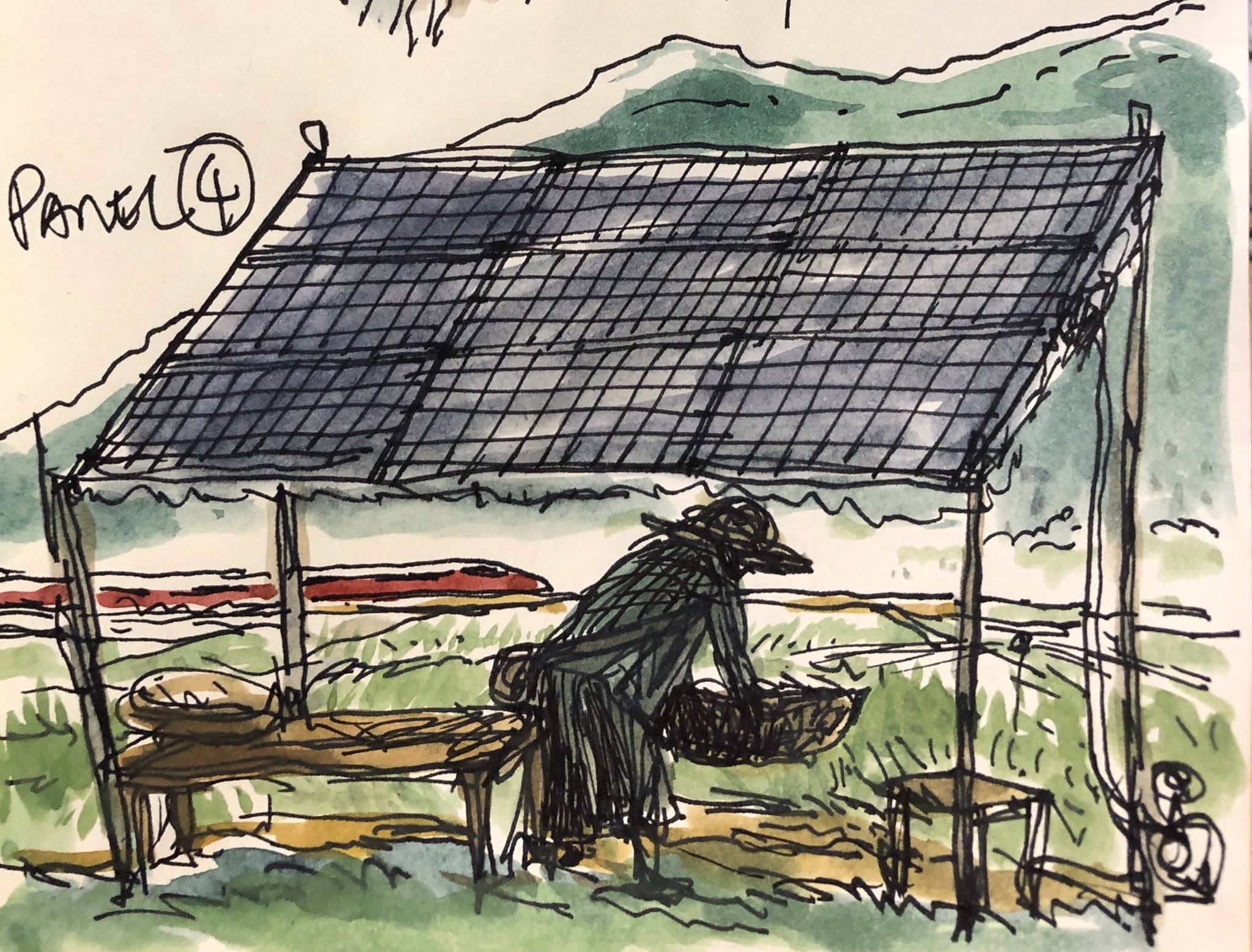